Create a Wish List Check My Order Check Out

Hockey Philanthropy For the Japan Earthquake and Pacific Tsunami

The lovely people of Japan are suffering and from one minute to the next, their nation is gripped by fear, despair and devastation. HockeyPants.com is donating a percentage of its sales to the Japan Earthquake and Pacific Tsunami fund. If you can, please buy some pants we donate 5% of the sale to our local American Red Cross, San Diego/Imperial Counties Chapter or donate to the American Red Cross so they can continue to help the Japanese Red Cross provide those devastated with relief until they slowly begin to rebuild their lives…every little bit helps… 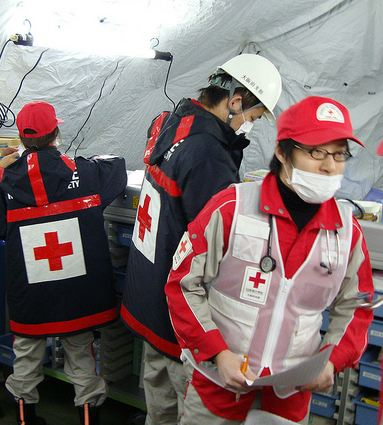 Your purchase of ice hockey pants, roller hockey pants or direct donation will benefit the American Red Cross and support their disaster relief efforts to help those affected by the earthquake in Japan and tsunami throughout the Pacific. On those rare occasions when donations exceed American Red Cross expenses for a specific disaster, contributions are used to prepare for and serve victims of other disasters.

As a proud member of the American Red Cross, San Diego/Imperial Counties Chapter we are actively involved with the relief efforts and you can too. We work with several charities that are accepting donations to help Japan through this tough time and the most active is the American Red Cross. The Red Cross broke new ground in 2010 with its huge campaign to raise money for the Haiti earthquake victims and we want to do the same in 2011 for the people of Japan.

HockeyPants.com is UpFront about it's Hockey Pants Business